The Unbridled Unicorn and a Quest for Corporate Governance Structure 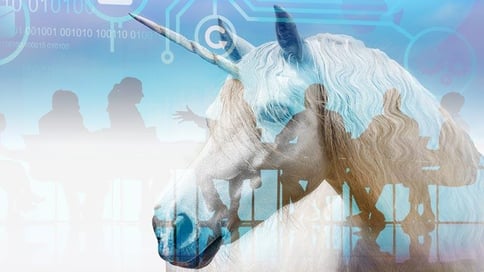 Corporate governance structure is often used to define the omniscient authority of large companies and corporations emphasizing a steadfast foundation of growth, success, and tradition. With the surge of the Silicon Valley startup, a new wave of innovation, rapid growth, and less structured work cultures are attracting the likes of Millennials worldwide. According to data acquired by the Census Bureau, startups created jobs at more than 5 times the rate of traditional companies. Data suggests that companies in their first 5 years created 2.2 million jobs in 2014. By comparison, companies older than 5 years created only 450,000 jobs. Nurturing and investing in these startup companies ultimately creates more high paying jobs and aims to grow the economy.

What these two vastly different company frameworks have in common is their need for proper corporate governance structure. However, the loose startup culture is often backed by a variety of venture capitalists who see growth at the forefront, instead of the risks that face these rapidly growing tech giants. But before investors are even considered, the mold for success starts with a stringent structure to help govern and lead the company to the highly sought after unicorn status.

Setting the Standard for Startups

Corporate governance structure for startups should identify roles, authority, and timing in key business decisions between shareholders, directors, and the CEO. “It shows that the business is fit for the future and has smart management behind it,” says Growth Business. “But if there is a lack of governance structure across the business, it can be harder to attract funding.” Investors want to see a corporate governance structure with an organized approach that holds the founder and CEO accountable and highlights proper communication between shareholders and the board of directors. This gives investors clarity and confidence in their investment. Startup companies are just as complex as multinational corporations, but their boards and corporate governance structure often varies for a myriad of reasons. “In startups, the owners (founders and investors) are generally all represented in the board of directors, at least initially,” says Evan Epstein, founder and managing partner of Pacifica Global Corporate Governance. “A typical startup board will have one or two founders, one or two investors, and rarely an independent director.” Something that is hotly debated in large corporations. The main limitation of corporate governance structure in startups is the focus of the board itself. Boards of private, venture capitalist-backed companies focus almost primarily on growth as a mission. In contrast, boards of mature public companies have more oversight and focus on regulatory and compliance duties.

Living in a Privately-Held Neverland

Short-term pressure for growth benchmarks is also a significant difference in corporate governance structure for startups. Investors who hold stock in these companies have their eyes on the horizon of public markets. However, making the move from a private company to public, especially for tech companies, is a capital gamble and sometimes defines the loss of dizzying momentum. For this reason, private companies are choosing to forgo their IPO and stay private longer. The U.S. Jumpstart Our Business Startups (JOBS) Act, which passed into law in 2012, increased dramatically the number of shareholders a company can have before it must disclose its financial statements. This alone is allowing startups to keep their private status.

McKinsey also reports that private capital available to tech startups has rocketed in recent years. “This acceleration in the amount of capital invested in private companies- an increase that originated with an influx of later-stage capital of nontraditional sources chasing venture like returns- eventually trickled down to earlier stages.” McKinsey also found that public markets favor larger tech companies, which was highlighted recently in Elon Musk’s infamous tweet about moving Tesla back into private company territory. In an email to employees Musk stated, “As a public company, we are subject to wild swings in our stock price that can be a major distraction for everyone working at Tesla.” Staying private for longer offers extensive benefits. It allows startups to focus on long-term strategy rather than short-term quarterly earnings, retain the competitive advantage that comes from not disclosing business details, and protects companies from hostile takeovers. “Because of some of these public company governance features, many successful private venture-backed companies have decided to ‘stay private’,” continues Epstein. Companies funded early by private venture capitalists combined with the desire to stay private longer have created one rare and elusive beast. These late-stage private startups with market valuations of $1 billion or more have become unicorns.

Unicorn startups are most prevalent in the tech industry and highly regulated industries such as financial technology, healthcare, and pharmaceuticals. These boards of directors are often laser-focused on fast and rapid growth turning a blind eye to various risks and regulations. Insurance and government regulations are not usually at the forefront of these insider-dominated boards leading to nightmarish violations like Theranos’ $500,000 SEC penalty and millions in investment returns.

Diversity is also an obstacle for unicorn corporate governance structure. “Just 6.2% of board seats are held by women within U.S.-based ‘unicorn’ companies,” reports Fortune. “America’s 55 unicorn companies collectively represent 354 board director seats, the Fortune analysis shows, and only 22 are held by women.” Diversity doesn’t stop at adding more women to unicorn startup boards. These companies can benefit from more people with expertise in government, industry-specific laws and regulations, and experience sitting on boards of larger companies. Unicorns are highly innovative and influential. Their boards of directors should seek individuals with similar qualities. Unicorn startups must also tackle the arduous task of creating more independent lead boards. Unicorn boards tend to be nepotistic with seats reserved for founders and owners. Likewise, their Chair and CEO are often dual entities. “This phenomenon has been facilitated by the confluence of amendments to the federal securities laws and an increased willingness of private investors to cede control of the companies they finance to unseasoned and untested entrepreneurial CEOs,” says Harvard Law. “The separation of ownership from control has become a new reality for many unicorns.” Variety also recently reported that investors are pushing to change corporate governance rules for tech powerhouses to create more independent boards.

Unicorn startups are shifting corporate governance structure worldwide and it’s important for entrepreneurs, investors, and all stakeholders to take into consideration the need for a strong, diverse, and objective board of directors. If these unicorns can embark on a quest for corporate governance standards, they will continue to further their positive impact on business and economic growth.

Secrets to Success: The Structure to Support a Dynamic Board